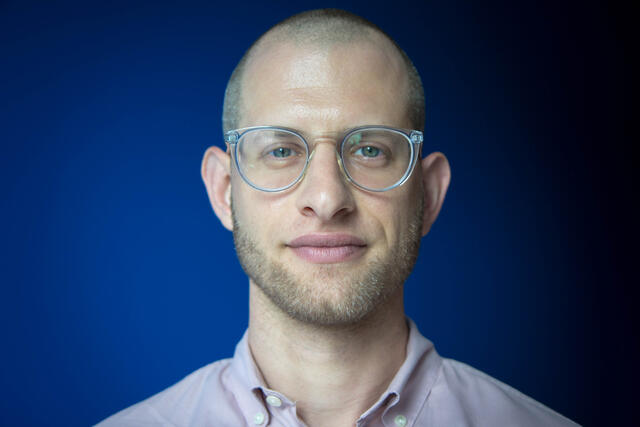 If you’ve traveled on New York City public transportation recently, you’ve likely seen the Metropolitan Transit Association signs announcing it would “rather have your $2.75 fare than your $100 fine.” The ad campaign is part of the MTA’s effort to combat fare evasion, which it claims cost the organization upwards of $215 million in revenue in 2019. In an added effort to prevent riders from jumping the turnstiles, the organization increased police presence in subway stations just opposite the ubiquitous flyers.

Harold Stolper MPA ’06 takes issue with the MTA’s policing tactics. The professor of data analysis at SIPA, who previously served as a senior economist at the local advocacy group Community Service Society of New York (CSS), has studied how NYPD enforcement of subway fare evasion perpetuates systemic racism and the criminalization of poverty.

To Stolper, whose research analyzes the differential impact of public policy on policing in marginalized communities, jumping the subway turnstile is often an act of economic desperation and poverty (and an inadequate fare collection system) more than it is a crisis of voluntary lawbreaking. Poverty levels in the city were on a promising decline from 2014 to 2018, but this progress reversed when COVID-19 hit New York this year. The official June unemployment rate in the city was 20.4 percent (up from 18.3 percent in May), though the “actual” unemployment figure, measured by workers receiving unemployment benefits, was much higher at 32.7 percent.

“$2.75 doesn't sound like much if you have a lot of money in your pocket,” he says. “But when you’re living paycheck to paycheck, MetroCard expenses can exceed 10 percent of your annual budget. Expecting low-income New Yorkers to devote that much of their budgets to transit and still find a way to make ends meet is just unreasonable, and a recipe for more fare evasion.”

It’s why New York City initially passed funding in 2018 for a $200 million Fair Fares program to provide half-priced subway cards to low-income New Yorkers. By early 2020 the city was finally rolling out the program in earnest, with nearly a quarter of the 800,000 eligible residents registered before the city ended up cutting $65 million from the 2020-21 budget.

Just as Fair Fares funding was slow to materialize and eventually cut, 500 additional police officers were hired in 2019 and remain staffed by the MTA to monitor the subway systems for fare evasion and safety concerns, costing the agency $249 million over four years.

“We’ve been spending hundreds of millions of dollars to police poverty at the turnstile while allocating far less to programs that would actually reduce the price of MetroCards for those in need,” Stolper said. “Prioritizing police presence simply won’t eliminate this problem, it just amounts to investing in policing infrastructure to punish struggling New Yorkers.”

Selective Policing on the MTA

When Stolper started to explore this issue as a part of CSS’ Fair Fares campaign, the lack of NYPD data on fare-evasion enforcement led him to work with public defender organizations and their own data on clients arrested for subway fare evasion. Citywide, nearly nine of 10 people arrested for fare evasion across New York City were people of color, but there was no prior data on where the NYPD was enforcing fare evasion.

Stolper aimed to document which communities were bearing the brunt of fare evasion enforcement, in an attempt to bring more transparency to NYPD tactics. Unsurprisingly, the research found that in Brooklyn, higher-poverty Black communities experienced the most intense subway fare-evasion enforcement, even compared to similarly high-poverty white and Latinx communities. The findings conveyed that, in Brooklyn, neighborhood poverty rates are a determinant of fare evasion arrests—but only if you live in a Black community.

On the heels of this research, the New York City Council passed Local Law 47 requiring the NYPD to report detailed quarterly information on their subway fare-evasion enforcement actions citywide. After a nearly year-long battle with the NYPD to comply with the law, the researchers eventually got their hands on more recent citywide data.

“Fare evasion enforcement in New York City is, in effect, a misguided punishment placed on those struggling to make ends meet,” Stolper explains. “And it disproportionately affects Black and Latinx communities.”

The MTA and NYPD maintained that the subways are heavily policed because crime is centered there, although Stolper’s research debunked that claim: differences in local crime cannot explain differences in fare-evasion enforcement between communities. To add to the inequities discovered by the researchers, recordings of NYPD officers being berated for not arresting enough young black males at the turnstile were leaked to the media last year. A half-dozen officers testified in sworn statements that a new commander allegedly instructed officers to think of white and Asian people as “soft targets” and urged them to target Black and Latinx citizens for offenses like fare evasion.

Stolper also used publicly available data from the city to explore how increasing reliance of 311 in gentrifying neighborhoods (areas of predominantly low-income people of color that experience a large influx of new white residents) has resulted in more police interactions. Another report from CSS, New Neighbors and the Over-Policing of Communities of Color, examines the more than 108,000 quality-of-life complaints made to New York City’s 311 hotline in 2017 that were referred to the NYPD. The report finds that in gentrifying neighborhoods, 311 calls by private residents are most often made to complain about non-threatening behavior such as noise use in public spaces, blocked driveways, and requests to collect large, bulky items. In the six years leading up to the report’s publication, complaints referred to the NYPD rose 40 percent faster in lower-income communities of color that experienced a large influx of new white residents compared to those that didn’t see such an influx.

“When we talk about gentrification, we often speak first about rising prices and displacement,” Stolper explains. “These are very real impacts, of course, but another impact that is often overlooked by policymakers is that newcomers can end up bringing more police into neighborhoods even though crime isn’t increasing, leaving New Yorkers of color facing more and more police encounters in the neighborhoods they call home.”

When newcomers rely on publicly funded infrastructure to invite the police to intercept routine and non-criminal activities that are considered normal in a long-standing Black or Brown community, these more affluent residents are asserting their ideas of cultural norms and how public space should be used. Ultimately, these incidents in gentrifying neighborhoods lay bare structural power dynamics and illustrate how race plays a role in one’s relationship with the police.

Rethinking the Punishment of Poverty

While Stolper is quick to emphasize that this research doesn’t mean that the NYPD is suddenly held accountable for inequitable policing in communities of color around the city, he believes the increased transparency is an important early step towards the dismantling of systems of oppression upheld by the police. Stolper’s early research on this topic factored into a state Supreme Court judge to order the NYPD to make their data on fare-evasion arrests and summonses public for every subway station.

The far more difficult work to come, he notes, is to induce elected officials and policymakers to act to dismantle these policing systems. Stolper shares that “data can be a powerful tool for change, but the analysis can’t be reductive in the end. It has to contextualize how public policies affect people’s lived experiences across different communities; otherwise, it doesn’t bring us closer to solutions.”

“The choice we face is clear,” Stolper says. “We can continue punishing poverty at the turnstile, or we can reallocate resources to improve accessibility and unlock more opportunities for people to escape poverty.”