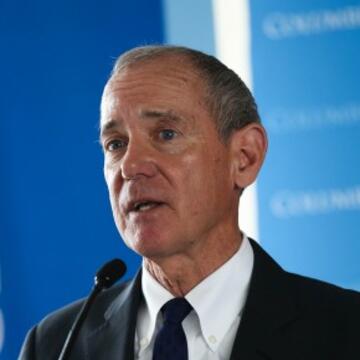 Professor Eimicke also serves on the Advisory Board of Central Park Conservancy's Institute for Urban Parks which helps urban parks across NYC, around the USA and throughout the world improve their quality, accessibility and financial stability, often through cross-sector partnerships. He is also the co-author (with fellow SIPA faculty member Howard W. Buffett) of Social Value Investing-A Management Framework for Effective Partnerships (Columbia University Press 2018).

He served as FDNY Deputy Fire Commissioner for Strategic Planning and Policy (2007-10) under Mayor Michael Bloomberg where he led numerous innovations to reduce response time to fires, establish a computerized risk-based inspection program, and provide advanced management training for senior Fire and EMS officers (FOMI). The FDNY Officers Management Institute (FOMI) was designated as a Top 50 Innovations in American Government for 2008 and 2009 by the Harvard Kennedy School of Government.

Eimicke previously served as housing "czar" of New York State under the late Governor Mario Cuomo, helping to create and launch the massive Housing New York program, producing over 200,000 units of rehabilitated and new affordable apartments over 15 years.  He also worked on the housing team of Vice President Al Gore's National Performance Review and has worked affordable housing policy and projects across the United States. As New York Governor Cuomo's deputy secretary for policy and programs, he represented the governor on all matters concerning housing, community and economic development and sports. Eimicke also served on the transition teams for NYS Attorney General-elect Andrew Cuomo and NYC Mayor-elect Giuliani, and as an advisor to former Indianapolis Mayor Stephen Goldsmith.

The Ticket to Work Program: Helping the Disabled to Achieve Self-Sufficiency 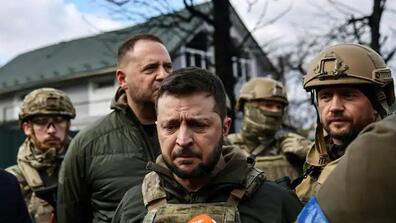 “Good leaders recognize that they're only as good as the people who follow them. They're not separate and apart.” William B. Eimicke reflects on President Zelenskyy's leadership during the invasion.

“His dress [Zelenskyy], which is kind of an army-distressed look, transmits someone who's on the ground with his people, with his troops,” William B. Eimicke said.

“I have great faith in this movement and in this moment,” says New York State’s attorney general. 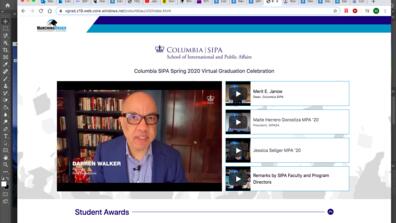 Amid the Covid-19 pandemic, the School gathered multiple speakers and other online material to help celebrate 727 graduates representing 69 nations.

Social Value Investing: A framework for effective and efficient partnerships